http://unchaindemocracy.org/ his page on Koch
at September 03, 2019 No comments:

Email ThisBlogThis!Share to TwitterShare to FacebookShare to Pinterest
Labels: Koch

From American Exercise Institute.
at September 03, 2019 No comments: 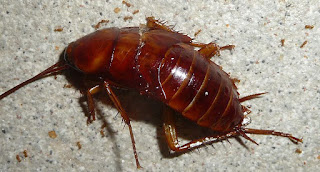 Social Animals, like the dark, go where other cockroaches are, consume and multiply. 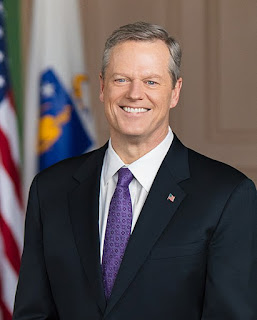 Putting an environmentalist in the governor's office will help us achieve 350's goals. Governor Baker is a barrier to progress. Being apolitical is often associated with environmentalist. I believe big money has been used to manipulate would be environmental activists to be politically passive. Environmentalists must get involved with political activities if they are going to save the planet. We are in the 11th hour. Loss of the Amazon represents 30% or our oxygen production. Unions are powerful political players. We need to emulate them.

Our Republican governor is more popular with Democrats. Wait, what?
"Still, it’s notable that Governor Charlie Baker, a Republican seeking a second term in November, had a higher job approval rating with independents and Democrats, 76 percent and 71 percent, respectively, than he did with Republicans, 59 percent of whom gave him high marks in a recent poll from Suffolk University and The Boston Globe."

"This matters given that a Morning Consult poll last month found Massachusetts to be the most anti-Trump state in the nation." " Massachusetts likely voters surveyed said Baker is anti-Trump,"

There is a nagging feeling that Governor Baker is not on our side. Why is that? It helps to understand Baker's connection to the Koch Network.

I first got interested in the Koch network after reading "Democracy in Chains" by by Nancy MacLean. I helped a friend, Frank Kashner, set up:
http://unchaindemocracy.org/. The site shows 85 Koch organizations. Climate change denial is an important activity for the Kochs.

Charlie Baker on Wikipedia. "In the late 1980s, Baker was hired as co director of the newly founded "Pioneer Institute", part of the State Policy Network.

Exposed How Rights State Based Think Tanks Are Transforming Us Politics

What does the Koch Network want? David Koch ran for president in 1980 as a Libertarian. This was his platform: End all of the following:
• Aid to the poor
• All Taxation
• Department of Energy
• Department of Transportation
• Medical insurance regulation
• Environmental Protection Agency
• Federal Aviation Administration
• Federal Election Commission
• Food and Drug Administration
• Medicare and Medicaid
• Minimum Wage Laws
• Obamacare
• Public highways and railroads and waterways
• Public Schools
• Social Security
• Support for Abortion Services
• US Postal Service
• Welfare


But they are keeping the police and prisons! They believe in meritocracy, except when it applies to their relatives and friends. No estate tax for them.

“The issue of the climate sensitivity of the atmosphere to increasing GHG concentrations is nowhere near resolution.”  ref: https://www.desmogblog.com/american-enterprise-institute

The Politically-Driven, Koch-Backed Campaign to Undermine Boston Transit"MBTA has its flaws, the charges against it don’t stem from a good government campaign so much as an ideologically-driven assault, filled with exaggerations and lies and backed by groups affiliated with the Koch brothers"

THREAT TO PUBLIC EDUCATIONNOW CENTERSON MASSACHUSETTS "Governor Charlie Baker has made charter expansion a top priority, mirroring his privatization efforts involving transportation and other public services. Baker vows to hold the line on taxes despite the myriad unmet needs that persist year after year for our public schools, colleges and universities, as well as for early childhood education. Make no mistake: The governor remains faithful to a hard-line conservative ideology even as he puts forth a moderate front."